We think its good news that Mercedes is dropping their Sensotronic Brake Control (SBC) from some of their models, starting with the E-Class. While the concept was good, unfortunately the SBC system has been a chronic thorn in Mercedes’ side. The SBC system has led to the system recall of over 2 million Mercedes models (primarily the E-Class cars), and has played an integral part in the widespread “Mercedes quality problems” you hear about so often.

So what exactly is the SBC Braking system? I’ll briefly try to sum it up in a nutshell. The SBC braking system uses a microcomputer to monitor the car and driver actions. In the event it’s needed, such as emergency braking, the system monitors brake pressure, and applies the appropriate stopping power necessary, even if the driver doesn’t exert enough power. SBC features a host of other features as well, including distributing brake force to different wheels during cornering, to ensure greater stability in the vehicle as well as maximum stopping power; the SBC system even dries the brake discs if a film of water forms on them. In other words, the system sounds like a milestone achievement in braking technology, and it would be, assuming it worked properly. Unfortunately, although the intent was good, the execution was not.

As you can probably tell, the entire system relies on electronics, and as I’m sure most can attest to, nothing is more prone to malfunctioning than electronics. And that is exactly what happened. Before long, wiring in the SBC braking system deteriorated, and suddenly the SBC system no longer functioned. Of course, Mercedes had a backup hydraulic-only braking system in place, but the feeling of suddenly not having the same stopping power was disconcerting, to say the least. That’s not to say Mercedes will entirely scrap the SBC system. I’m sure Mercedes will continue to develop and improve the braking system in the future; technology evolves, and the next generation of SBC will be certainly be less prone to malfunctions. 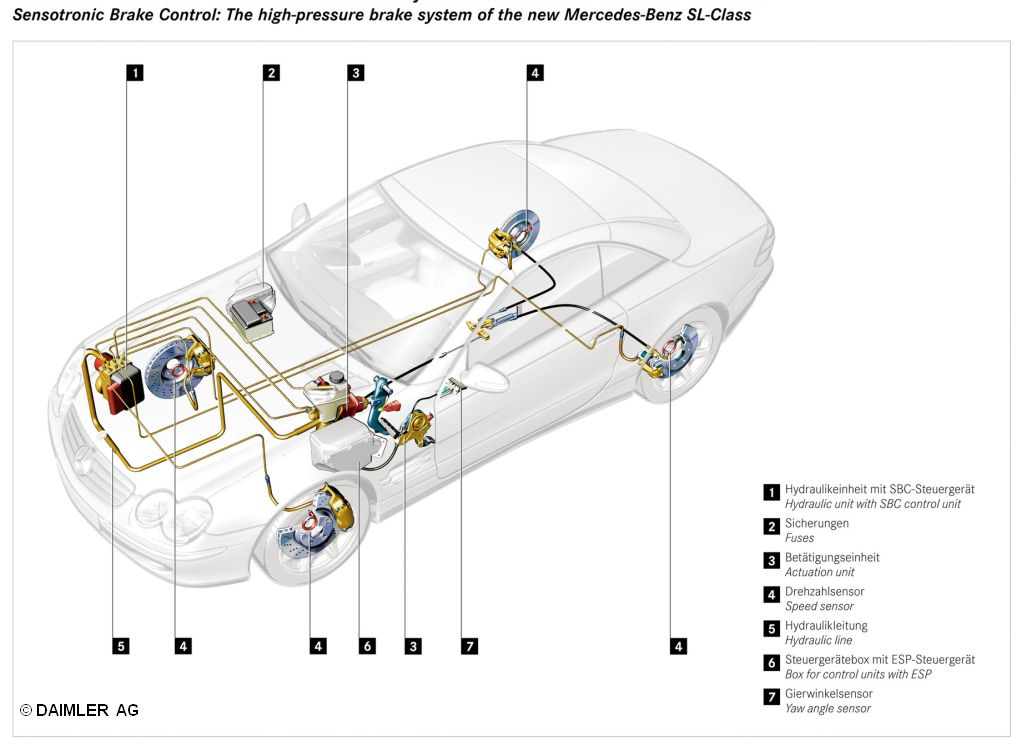 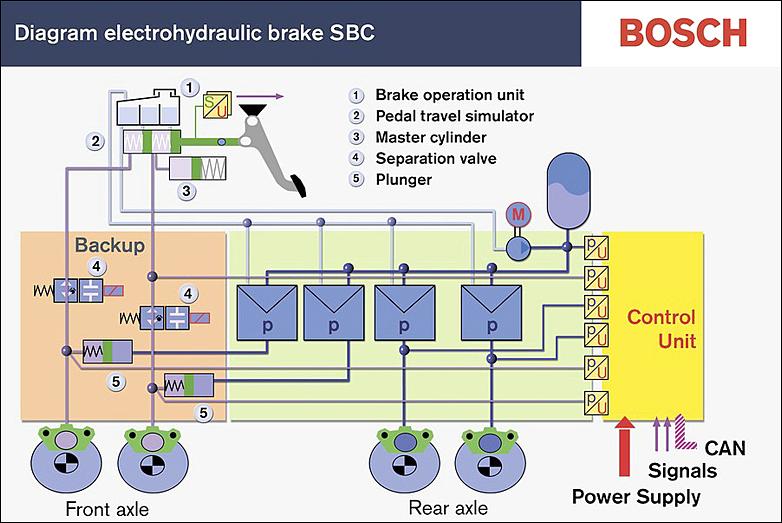